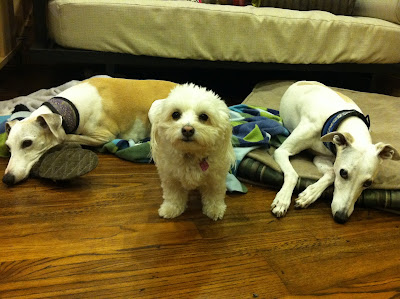 It's a big deal to be able to say I have twin dogs, Flick and Summer, on the left and right, and they are 13 healthy years old.  It's also another celebration as Foxy turned 4 as well. We got her in July and the people we got her from didn't know her birthday so we assigned it to the same day as Flick and Summer. So we celebrated 3 birthdays yesterday. 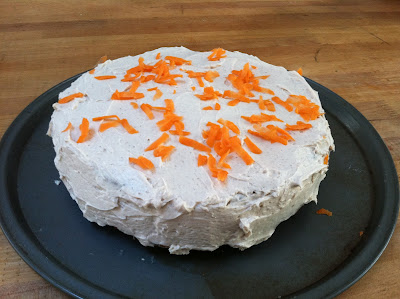 That deserves a cake. I got the recipe from this website. It's the Peanut Butter Delight Dog Birthday cake and doubled it to be able to put it in a cake pan. I baked it at the same temperature and time. It turned out perfect! 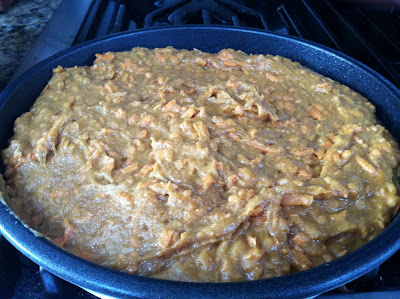 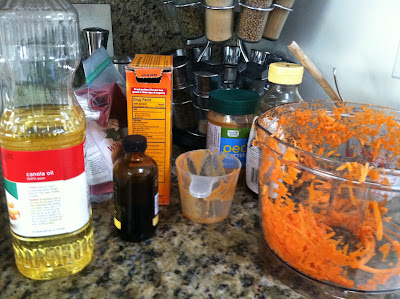 I made the Cinnamon Cream Cheese Frosting but  but increased it to 2 packages, or 16 oz of low fat cream cheese, 3 teaspoons of honey, 1 teaspoon of cinnamon and 1 1/2 teaspoons of vanilla. 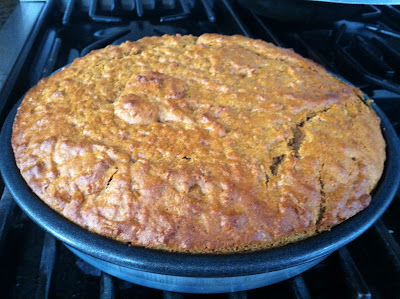 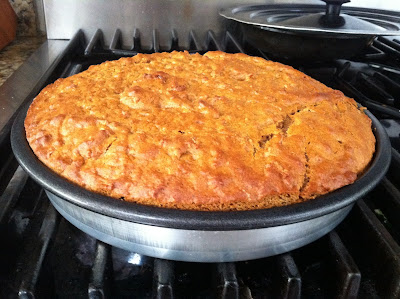 The cake turned out perfect. It was baked just exactly to the time needed and was the best looking cake  that ever came out of my oven...and it was for the dogs. 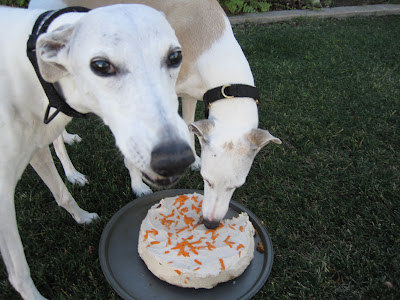 But they loved it. Look at Flick's look of delight. 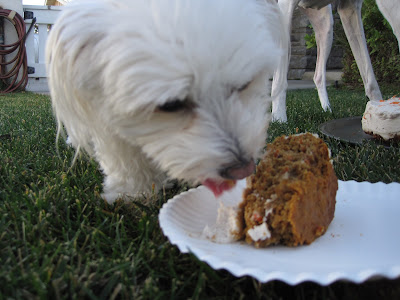 And Foxy loved it too. We had to give her a separate slice because she doesn't like to share. 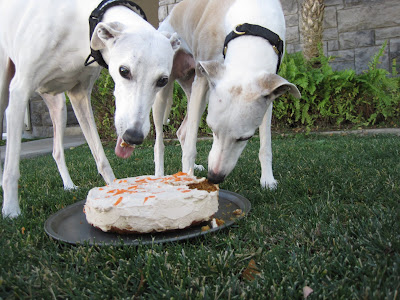 Happy little dogs eating their birthday cake. Summer didn't look up once. She was so much in ecstacy. 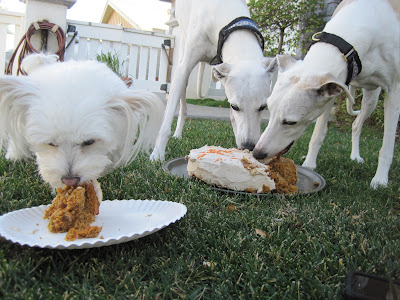 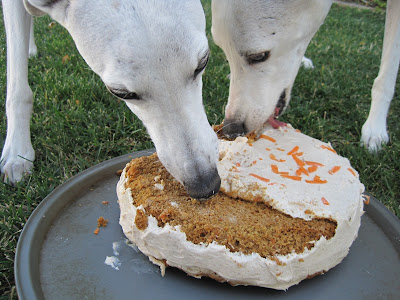 They first tried to just eat the frosting off the cake. It was hilarious. 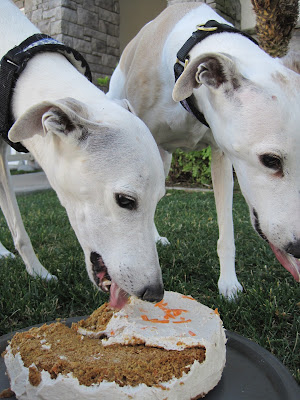 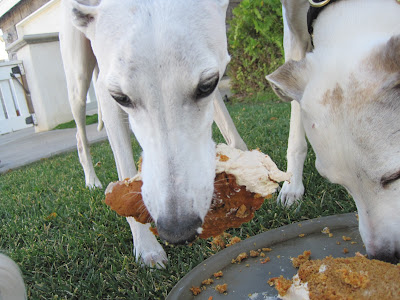 Then they realized the cake was awesome too. Big enough piece Flick?
Posted by Shari at 9:19 PM

What beautiful dogs! Thanks for the link. I came across your site while "nexting", and I enjoyed reading it. Shari in Denver

Also, would you know if I need to refrigerate my cake after frosting it? Before delivering it or serving it?