Migraines are my Personal Hell 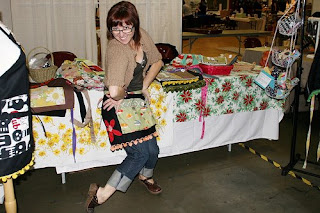 photo 'borrowed' from my friend Jennifer Ramos
Titled: How I Look Younger Though Today I’m Older, or How My Migraines are Managed

This is the birthday I have really dreaded for a few years, but actually, it turned out not so bad. I look in the mirror and wonder how I got this old this fast and yet look fairly good. Oh yeah, it was the Botox I had 2 weeks ago. Ok, hold on, now I must explain. And the only reason I am outing myself is because I know a lot of people suffer from migraines and are looking for a cure (though there is none at this time), a treatment, a prevention, whatever. I am one of those people and I want to share my treatment program if it could help even one person. I’ve been suffering with migraines for some time and was fortunate to find a neurologist that specializes in migraines in Newport Beach named Phillip O’Carroll, M.D. I’ve been working with him for over a month to get my migraines under control with a couple of treatments. I typically have about 11 or so migraines a month and take Relpax when I get them. I was taking some preventative meds, but they stopped working. My new doctor has now put me on Lexapro, which he calls “Vitamin L” and thinks it should be in the water supply that’s how much he loves it. It’s an antidepressant but it evens out your moods supposedly and should help decrease the frequency of the migraines. The other treatment that he believes strongly in is Botox. At least initially, for me, he believes it should help me. The issue is right now, I get a headache, I take a Relpax. I get another headache, I take a Relpax. All of these migraines are caused by the Relpax; rebound headaches. I should only be getting about 2 a month, not 11. So to help brake this migraine/Relpax cycle, he recommended Botox. The first month I did the Lexapro, I thought I could break the cycle on my own, without the Botox. But again, 11 migraines. So this month, I opted to try it. This website explains Botox in the prevention of migraines but essentially it was found that people that had migraines and were using Botox for cosmetic purposes saw a decrease in their migraines. Thus, more research was done. Problem is, since it’s not yet approved by the FDA for use with migraines, at least my insurance doesn’t pay for it. But believe me, at this point, I am willing to pay for it for 1 treatment if my dr. thinks it will work. He’s seen many patients that it helped. Plus you get the added benefit of no ability to frown for 3 months. I only had it 2 weeks ago so I’m not sure if it’s helping the migraines yet with all of these winds and fires, but damn, I look at least 2-3 years younger (per my 14 y.o. son). I think I look 10 years younger. I think I need a major paying job because this may become a habit.
Posted by Shari at 8:18 AM

OMG Shari that is wild! OK, now I have to read it again. Maybe I'll come up with another reaction.

Wow, I'd never heard about using botox for migraines. I get them fairly often (NOT 11 times a month, though!) but for some reason they've tapered off during this pregnancy. Weird but I'll take it! Hope the shot works for you!

Hm. I get migraines 2-3 times a week, but I am too afraid of needles for this cure.

Also, keep in mind that anti-depressants like Lexapro take some time to get into your system and start working. But it's good you have something to try while you're waiting for it to do its job! Hope it turns out to be the answer for you!