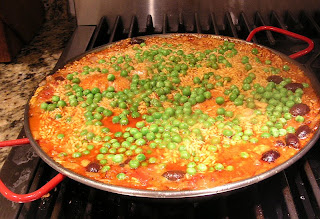 Dinner last night came about with the goal being to make food without having to go to the grocery store. Alas, I had ingredients for Paella believe it or not. This version was a chicken and chorizo paella. My husband said it was Arroz con Pollo, but I disagree because I put saffron, paprika, olives, and peas in it, which to me defines paella. And it was in a paella pan. The picture above showed it cooking about half way done. The paella pan that I used was a 13 inch diameter one used on the stove. I also have a very large one I use for parties and make it on my gas grill. The one frustrating thing to me is that paella is made uncovered and unstirred and I have a heck of a time cooking that rice on the top. If anyone has any suggestions I’d love them. 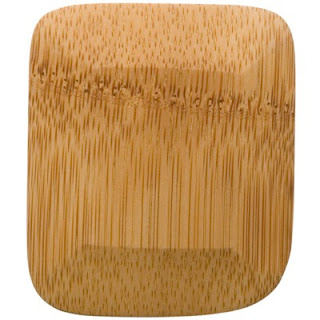 Now for clean up. What a nightmare it would seem because since paella is not stirred, it develops this really yummy crusty bottom called Soccarat. This it seems would be a nightmare to scrape off and clean but alas, my new handy dandy Bambu Pot Scraper made the job a cinch. And it doesn’t hurt the pan. Love it.