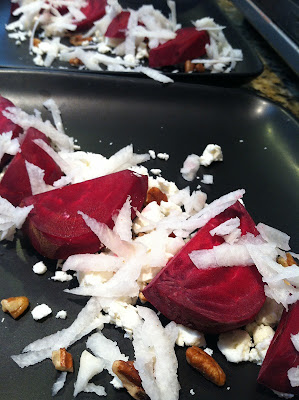 Arrange on plate with feta first, then the beets and nuts. And finally the jicama. Try to gather a little of either on your fork to get the flavor combinations. You'll change your mind about beets too!
Posted by Shari at 7:49 AM