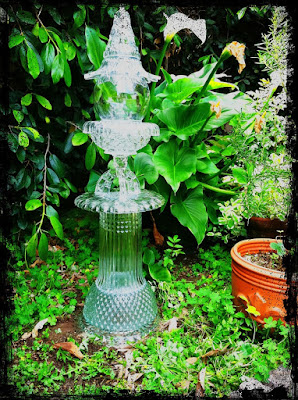 They've been called Garden Totems, but I'm not about that. A totem has great meaning. This to me is just fun decor and it decorates my outdoors, so I call it garden decor. Do you have a better name? I'd love to hear it. I first saw a garden totem by October Farm blog on Pinterest and that was my inspiration. I liked the shape of that totem, so I wanted to make one similar for my backyard. 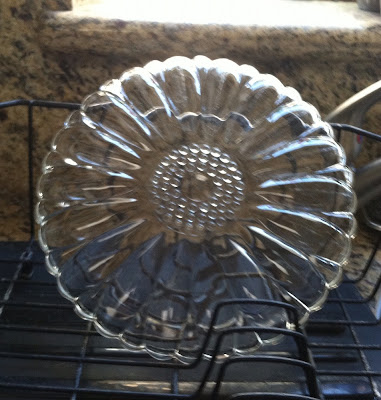 I found all of my glass either at the antique flea market or in thrift stores. No piece was more than $2.00. But the dollar range was optimal. I used the directions from the October Farm blog but found that it was more cost effective to use clear silicone sealer from the hardware store rather than aquarium glue. (same thing essentially but more expensive). It was easy but took a couple of days to make due to drying time. 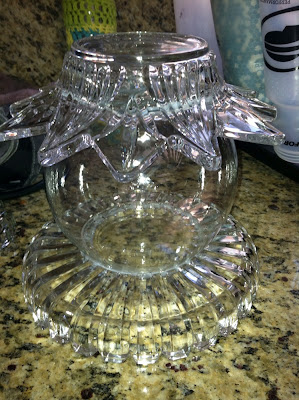 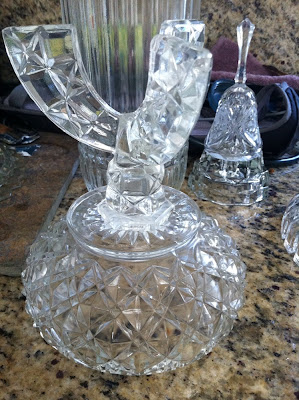 I glued pieces together in segments and when they dried, added them to other segments rather than building it from bottom up, or top down. I chose pieces that would work well together from bells, to candleholders, to bowls and plates of different sizes and shapes and a vase. The plates work well upside down. I took into consideration that if they are outdoors, I didn't want them to collect water. Also, I made sure that the glued surfaces were flat for the most part so that they would adhere to each other. 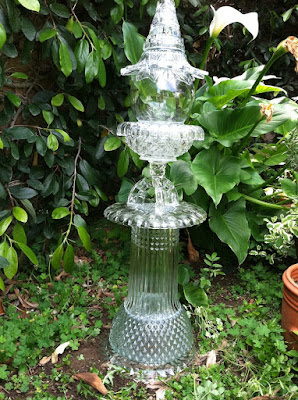 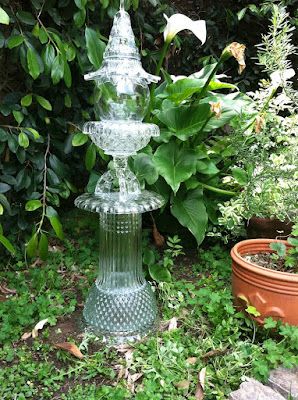 I chose my base as a wide plate so it would stand easily. I've also seen them as a narrow tubular base, like a vase with a piece of rebar stuck partway in the ground and sticking out of the ground, into the vase base to stand upright. I love this. It really sparkles in my garden.
Posted by Shari at 8:13 AM

Absolutely love this! I want to make one for my backyard