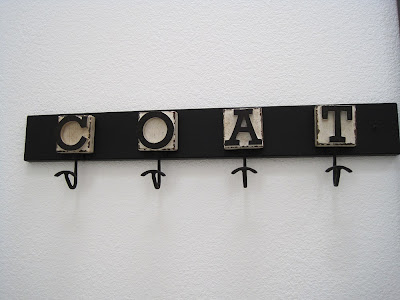 Yeah, it's been too long. Procrastination along with poor motivation resulted in not much getting done around here including blogging. This also included a project that has been sitting around my house for a few months that I wanted done before Christmas, but didn't end up getting done until early January. A coat rack. I bought these letter hooks and thought they would be easy to hang. Then I looked at the little teeny screws they came with and realized that no way were 2 screws going to support a coat or a handbag in drywall. That resulted in the idea to hang them on a board and mount the board to the wall. 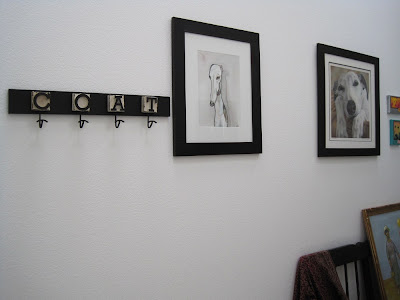 I think painting it black was a great idea because it really brings out the letters. Now when people come into my home, they have a place to hang their belongings.
Posted by Shari at 9:28 AM